Worldwide, 13% of Employees Are Engaged at Work

Worldwide, 13% of Employees Are Engaged at Work
"Only 13% of employees worldwide are engaged at work, according to Gallup's new 142-country study on the State of the Global Workplace. In other words, about one in eight workers -- roughly 180 million employees in the countries studied -- are psychologically committed to their jobs and likely to be making positive contributions to their organizations."
"The bulk of employees worldwide -- 63% -- are "not engaged," meaning they lack motivation and are less likely to invest discretionary effort in organizational goals or outcomes. And 24% are "actively disengaged," indicating they are unhappy and unproductive at work and liable to spread negativity to coworkers. In rough numbers, this translates into 900 million not engaged and 340 million actively disengaged workers around the globe."

Posted by viplav at 6:14 PM No comments:

Why U.S. Health Care Is Obscenely Expensive, In 12 Charts

"U.S. leads the world in health care spending, but we don't live very long, and going to the doctor is so expensive that we don't do it very often. So where is the money going?
Not toward obesity-related diseases or unnecessary tests and treatments,  .. From Lipitor to childbirth to colonoscopies -- everything just costs a whole lot." Infographics by Jan Diehm for The Huffington Post.
Posted by viplav at 8:15 AM No comments:

Business Groups See Loss of Sway Over House G.O.P. - NYTimes.com:
While both parties have extreme elements, he suggested, only in the G.O.P. did the extreme element exercise real power. “The extreme right has 90 seats in the House,” Mr. Echevarria said. “Occupy Wall Street has no seats.”

Moreover, business leaders and trade groups said, the tools that have served them in the past — campaign contributions, large memberships across the country, a multibillion-dollar lobbying apparatus — do not seem to be working.
Posted by viplav at 8:22 AM No comments:

World likely to have 11 trillionaires within two generations: Credit Suisse - The Tell - MarketWatch 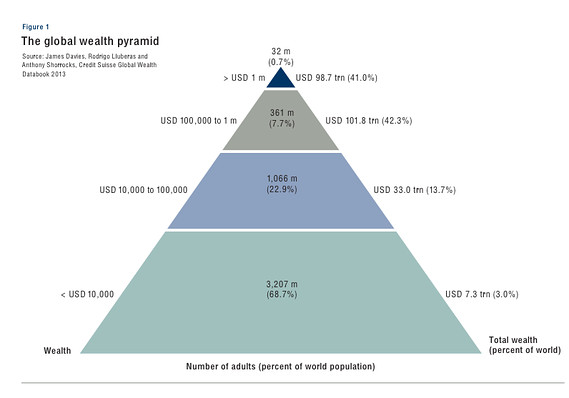 Posted by viplav at 7:59 AM No comments: